Historically the previous owners of the Aerodrome, BAE, held a staff family fun day which included an airshow and attracted 13,000 visitors. Wings & Wheels was founded by Dunsfold Park in 2005 to celebrate the long history of British aviation and motoring and assist the fundraising efforts of a number of charities.

Now organising our 15th show, we are firmly established on the airshow and event calendar with reviews describing us as 'the best airshow in the Country'. We continue to go from strength to strength and have gone from a one day show to two days and an audience of 5,000 to 40,000. We've evolved to be more than just an airshow and have a strong motoring offer as well as military displays and good old fashioned family entertainment.

We aren't a large team. Our core team work on the event part time and manage everything in house with support from three external consultancies, one to help with air display negotiation, another for traffic and parking management and an infrastructure team who also look after health and safety. We also accept work experience students and volunteers to assist with administration throughout the year and have over 200 volunteers helping over the Show weekend.

Cloaked in secrecy, Dunsfold Aerodrome was screened from public gaze by woodland and much of its work protected by the Official Secrets Act until the early 1990s. Situated between Godalming and Guildford, the airfield began life on 11 May 1942 and the site was officially handed over to the Royal Canadian Air Force on 16 October 1942.

During the war (1942 -1945) a variety of aircraft operated from Dunsfold. These included B-25 Mitchell Bombers, Typhoons, Mustangs, Mosquitoes and Spitfires. Following the war, the airfield was used as a repatriation centre and over 47,000 prisoners of war were returned to their homelands using Dakota, Lancaster, Stirling and Halifax aircraft. 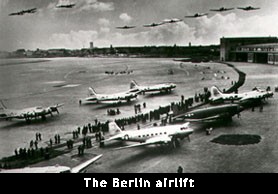 In August 1946, Dunsfold Aerodrome was declared inactive. Later Skyways Ltd, a charter airline, leased the airfield and then subsequently played a significant part in the Berlin Airlift between 1948 and 1949. Skyways also used Dunsfold Aerodrome to refurbish, test fly and deliver Spitfire and Hurricane aircraft for the Portuguese Air Force

When Skyways went into liquidation in 1950, the Hawker Aircraft Company Ltd (today part of BAe Systems) acquired the lease. The company moved into Dunsfold Aerodrome using the airfield as a flight test 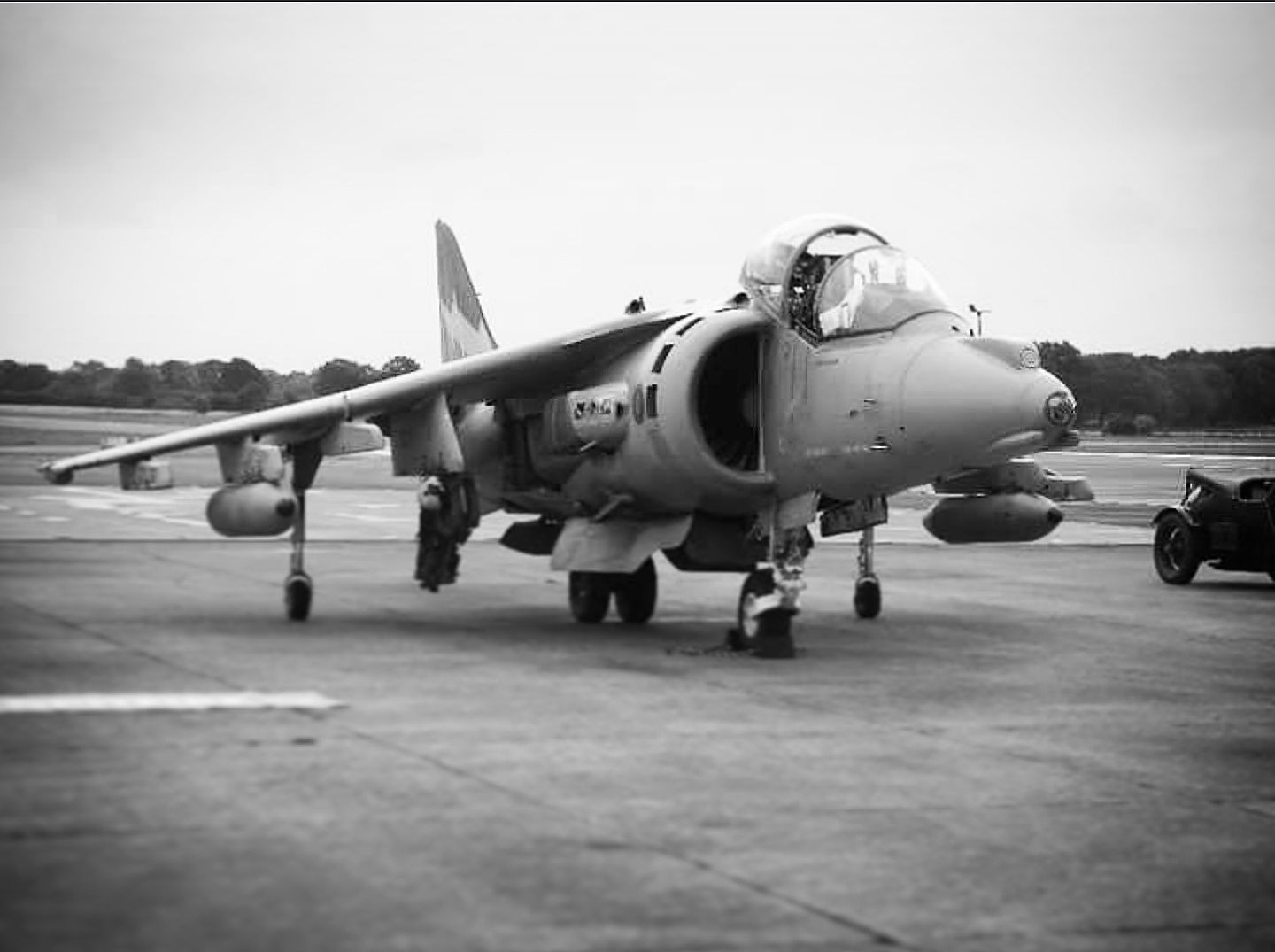 centre for its parent factory at Kingston. They tested and refurbished Sea Hawks, Hunters, Sea Furies, Gnats, Harriers and Hawks for worldwide markets.

In October 1960, the forerunner of the Harrier Jump jet made its first tethered flight at Dunsfold Aerodrome, which led to its first conventional flight in November of the same year. Up until 2000, when BAe Systems ceased activity at the aerodrome, all derivatives of the Harrier family of aircraft evolved from Dunsfold.

In December 2010, a fleet of sixteen GR9 Harriers made their final flight before being decommissioned due to defence cuts. These aircraft were a key factor to victory in the Falklands conflict. Dunsfold Aerodrome was able to have a final display at its very own show, Dunsfold Wings & Wheels, before the aircraft ceased flying.
Menu